The open calls for schools to join the project Start the Change in all four countries (Italy, Slovenia, United Kingdom and Croatia) were launched and continuous recruitment of schools lasted until October and November when the Education Program Start the Change was to be implemented by partner organizations.

Through set of activities and resources, the schools were offered the support in capturing the voices of their students through the qualitative research and the support to teachers and youth workers in creating safe spaces for discussing often difficult and controversial topics around radicalisation, diversity and tolerance. Different schools applied in all four countries, both secondary and primary level, however, as the project required commitment from schools in terms of their time and human resources, the recruitment at times was challenging as several schools who previously applied, withdrew from the project due to different issues on the level of school managerial decisions.

By September, in total 40 schools joined the project Start the Change and their teachers together with youth workers and volunteers will be trained within the Education Program Start the Change in October and November. The training is designed to build the competences of participants in developing resilience of young people and empowering them in various ways: allowing them to find their identity, voices and talents, valuing their needs and goals, raise and practice empathy and civic engagement as well as broader understanding of the complex world and community they live in. All these themes were identified as needs and interest through the focus groups previously done with the students from these schools. 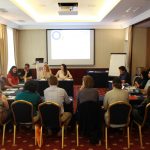 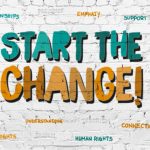