In 2010, the Forum for Freedom of Education started celebrating the International Day of Tolerance (16th November) by implementing the project Paint the World with Diversity.

The project developed further into a creative contest in which students from schools all over Croatia and neighbouring countries creatively expressed their voice on topics like diversity, creativity, nonviolence, peace and social justice, through creative art work like photography, comics, posters, stories, songs, video editing and other ways of creative expression. This already popular creative contenst among students in Croatia was recognized as the good practice worth upscaling to Start the Change project partners.

This year in four countries the value of this contest has been recognized by more than 1900 students who wrote poems, stories, made drawings, short films, innovative games, etc. about diversity and the importance of mutual acceptance. Having in mind that Forum for Freedom in the Education has been running this contest in Croatia for eight years in a row, and the Think Global partnered with the teachers’ union NASUWT art competition, it was expected that these two organizations received much more creative works. But in all countries there was interest and appriciation expressed by students and teachers about opportunity for young people to creatively express themselves. 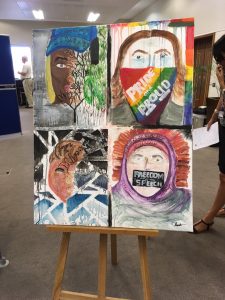 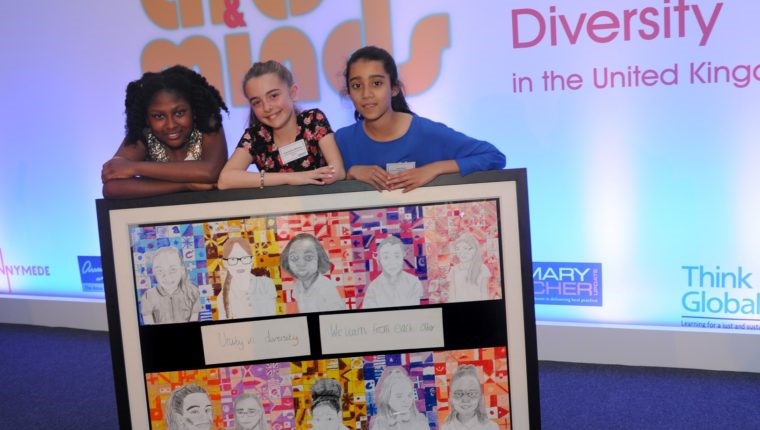 In the organization of Italian partner Center for Creative Development Danilo Dolci,  the contest was attended by students from six Start the Change schools, and four best works were awarded at the ceremony held at the Aula Magna of the Vittorio Emanuele II high school. The song ‘A lot of Pages’ thrilled up the jury and audience and won the first prize (https://www.facebook.com/CSCDaniloDolci/videos/597763707350218/), the students and teachers agreed that participation in the competition for them was a positive experience that they hoped to repeat. Additional effort was made by the project team in making the STC Notebook with students’ art work which was also promoted on this ceremony. 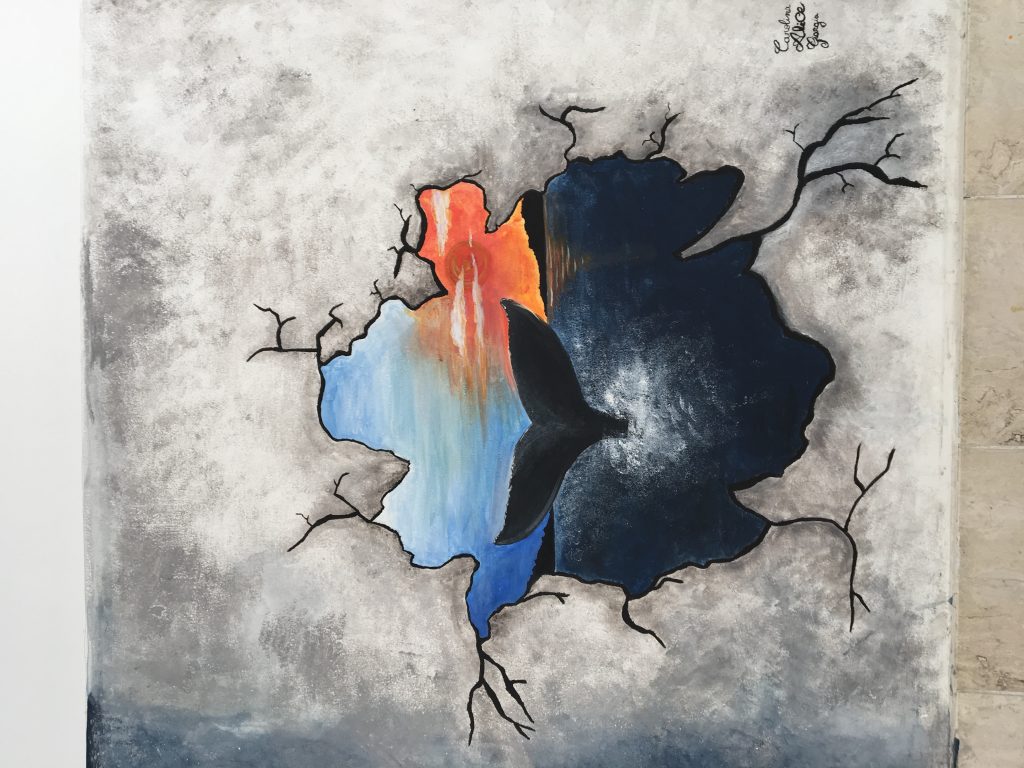 In Slovenia, the project team of Youth Center of Dravinja Valley decided to give additional value to the ‘Paint the world’ ceremony, and alongside the exhibition of selected creative works they organized a ‘human library’ and a lecture. In this way, the students and teachers had the opportunity to challenge their own prejudices, and teachers learned more about dealing with hate speach. 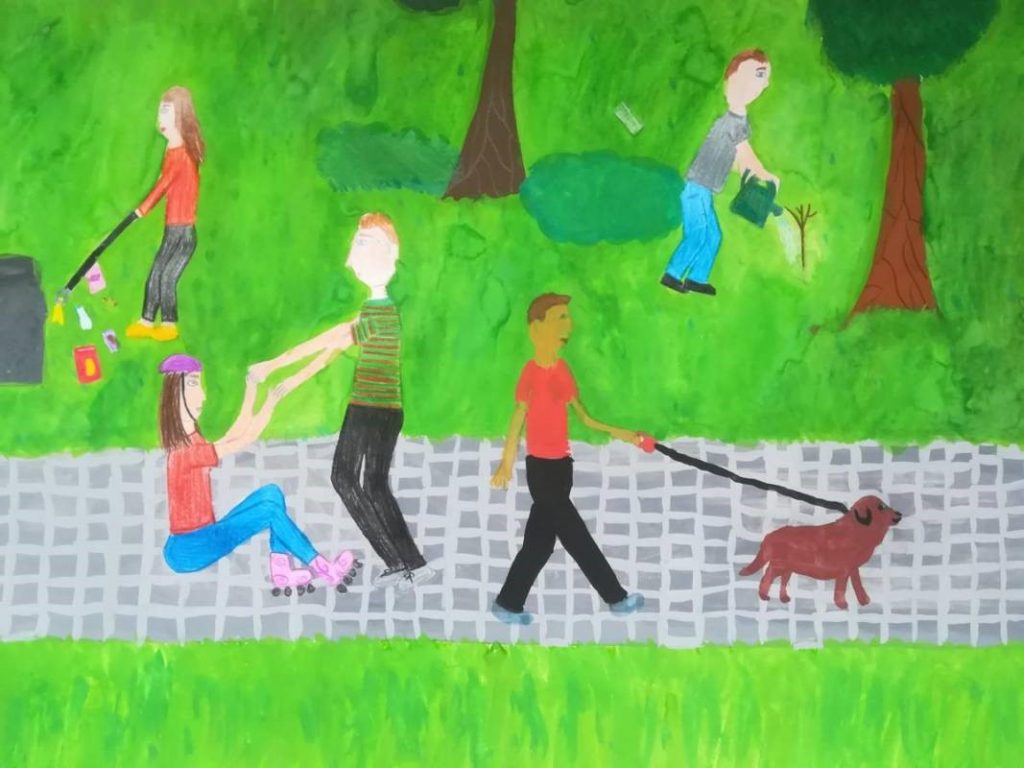 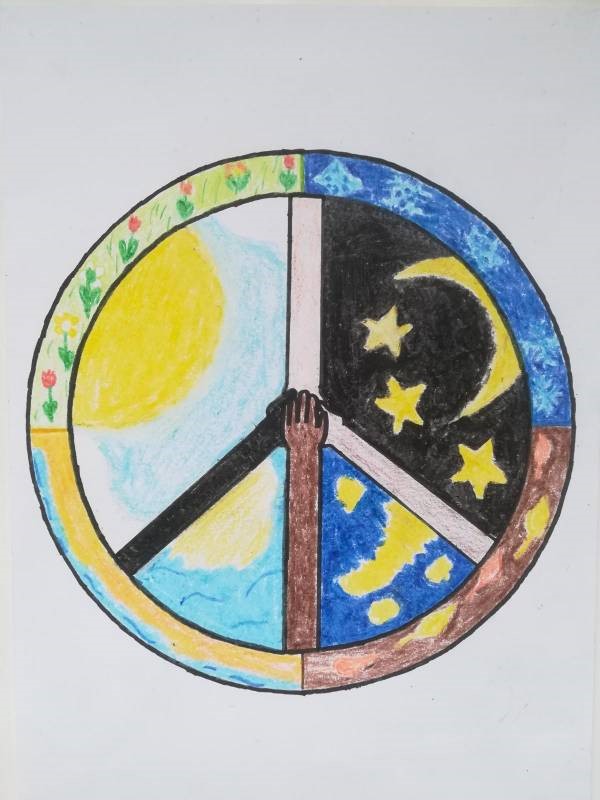 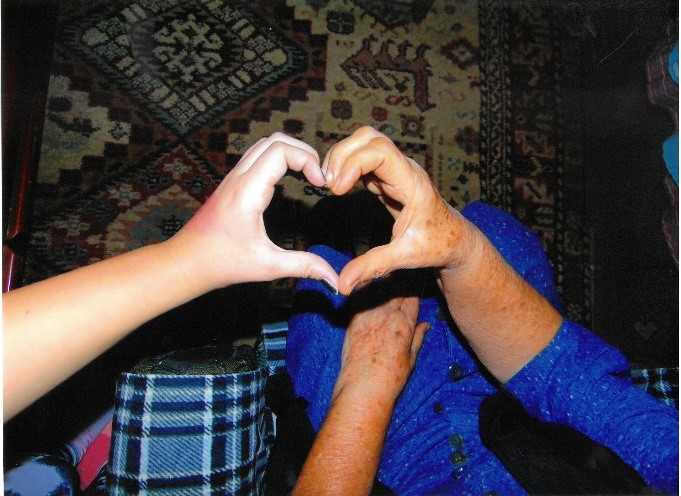 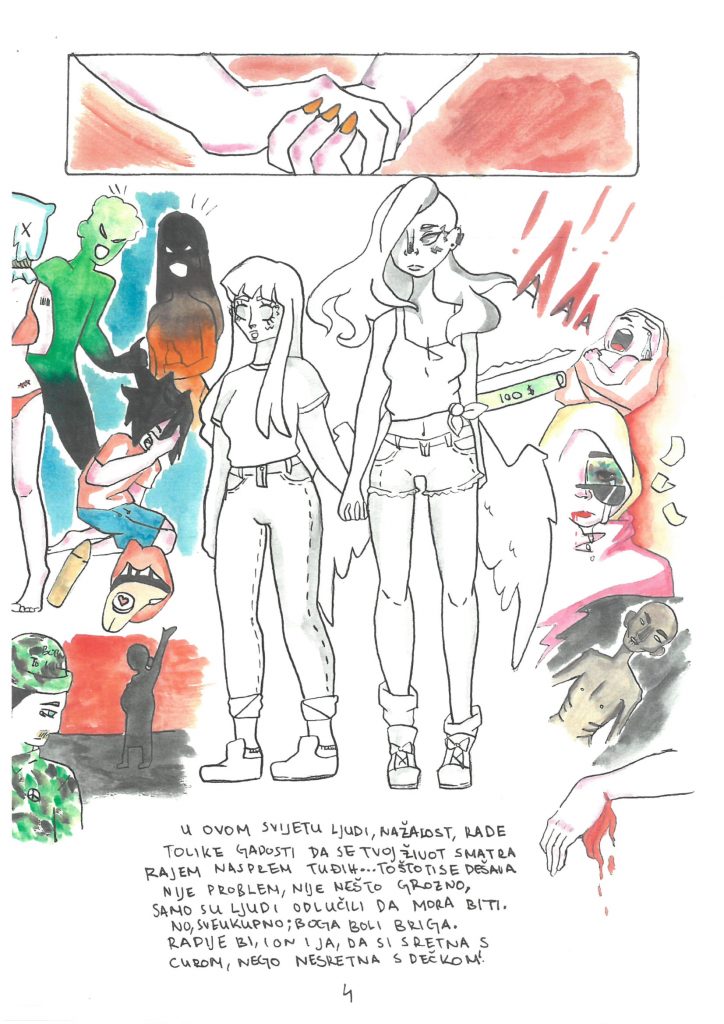 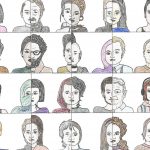