Teachers and Youth Workers Being Empowered to Start the Change

Seminars were held in all partner countries as part of the project „Start the change“ gathering 68 teachers from 40 schools and 21 youth workers and volunteers who got empowered in the field of diversity, identity, creativity as well as socio-emotional competences of young people and actualization of their potential. Seminars also covered topics such as conflict transformation, stereotypes and prejudice and relations between stereotypes and media, human rights and democracy. 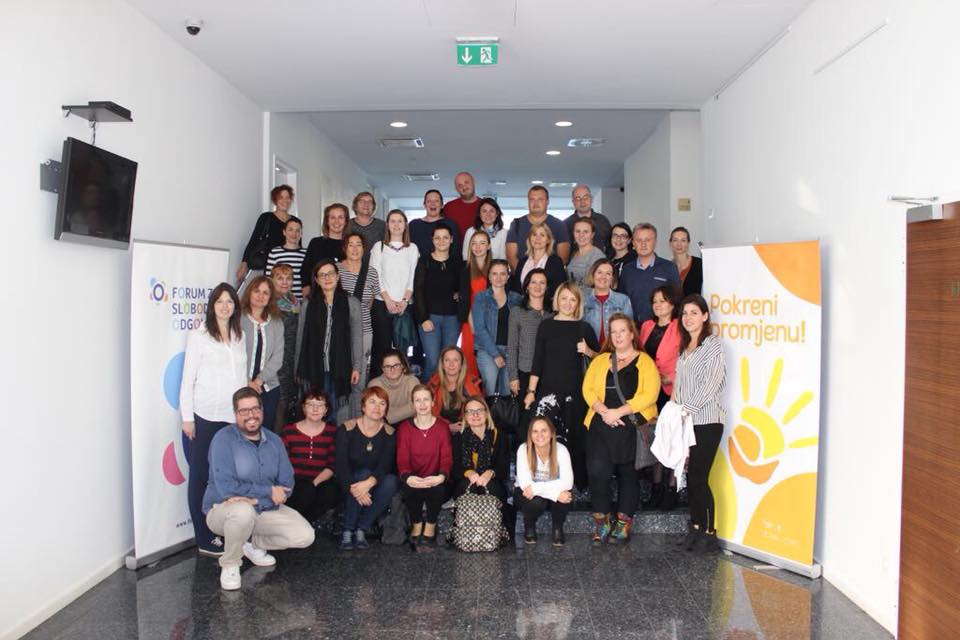 Five-day seminar for 30 teachers was held in Sveti Martin na Muri in Croatia led by a group of Forum for Freedom in Education’s experts.

Apart from being empowered in above mentioned topics, participants were developing their local school projects on a daily basis during the seminar. The purpose of the local projects was to address issues that young people cope with as they expressed them in focus groups held before the seminar. At the end of the seminar, all schools presented their project ideas that aimed for empowering young people to reduce their existing divisions and promote accepting the differences. Future follow up steps were agreed and participants made plans and schedule for their projects.

Evaluation showed that participants have rated the quality, usefulness and content of the education with highest grades. They especially expressed satisfaction for meeting and exchanging experiences with their colleagues from other schools as schools participating were from different parts of Croatia dealing with different and common issues related to increasing inequalities among students related to migrations and poverty in their local communities.

One teachers wrote the following: “I got motivation how to cover controversial issues in the classroom. I feel empowered and I’m sure that I will teach about content I didn’t teach before”. The other teacher emphasized diversity of topics covered: “…content wise, learning about diversity enabled us to get deeper understanding of the conflict resolution process grounded in stereotypes and prejudice, as well as methodology of teaching controversial issues. This is an important component in school setting where the teacher is a role model for freedom of speech, thought and act. The idea about the importance to raise and talk about issues that lead to fear, distrust, and ignorance.’

In the United Kingdom Seminar Inspired Teachers to Make Change Together 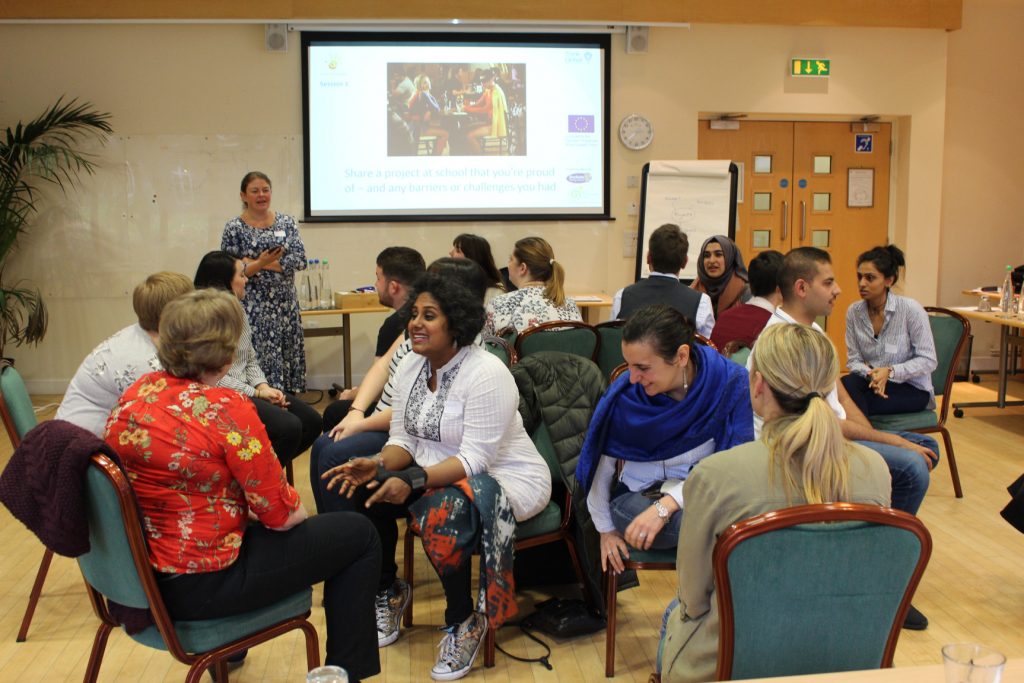 Think Global, project partner from the United Kingdom, organised seminar with their partners HEC Global Learning and Durham County Council. In November 2017, they brought together 14 teachers from seven schools and four volunteers, for a three-day residential course delivered by a team of training professionals.

They worked with teacher trainers from all partner organizations on how to introduce topics identified in the research insights into Start the Change teacher training and classroom resources. The training supported participants exploring important themes of identity, discrimination and extremism as these were recognised as important by participating schools in UK.

Teachers in their feedback expressed that they really valued the chance to share ideas and discuss projects with colleagues from different communities across the UK. One said they particularly enjoyed “meeting and talking with different schools”, and left with the “inspiration to make a change together”. Teachers also valued finding out more about how extremist organisations manipulate social media to persuade others to join them.

In January 2018 a similar training programme will be run over two days, with additional workshops on critical media literacy and social media as this was expressed as the major issue for both young people and teachers in their country research, and which also chimes with 2018’s PISA tests focusing on “global competence”. 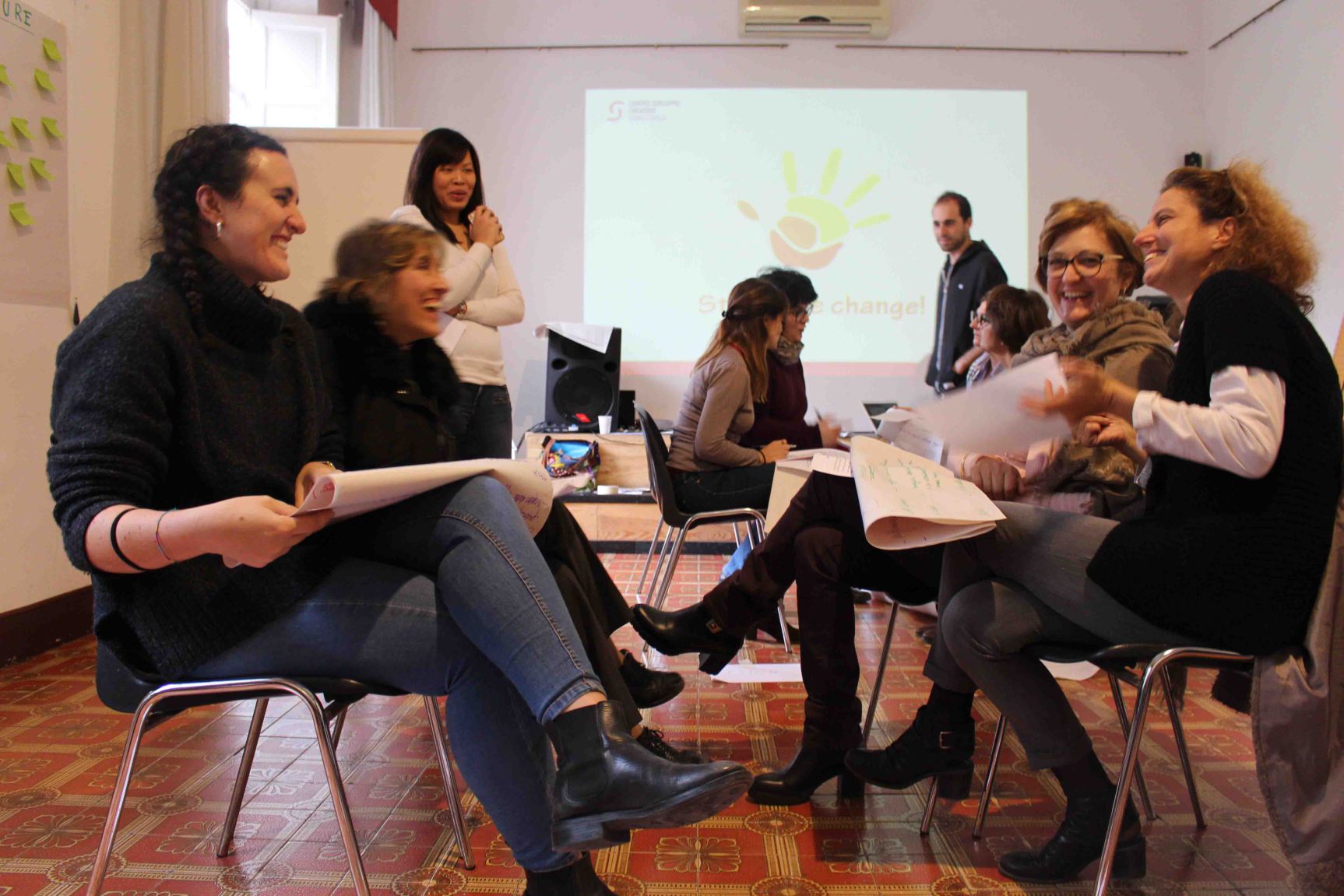 Centre for Creative Development “Danilo Dolci”, the parther from Italy, organized the training in November with 21 participants – among them 14 teachers coming from six schools. Teachers and youth workers participated in the training in the framework of the “Start the change” project.

After a first project phase involving more than 100 students through the organization of focus groups, the project has passed to a new phase in which teachers have experienced the Start the Change Training Program, allowing them to plan and organize during this academic year activities in schools on several topics such as human rights, identity, democracy and so on.

At the same time, this training has been crucial for them in order to plan peace-building project with their students, in order to allow their pupils to “Start the change” in their own community, thus allowing youngsters to be a main actor of the reality they belong to, preventing the marginalization phenomenon often leading to radicalization.

These 5 days have been also a chance to exchange views and perspectives with volunteers and youth workers: teachers have deepened topics close to their students, understanding better the world we live in, sharing experiences, explaining problems and identifying solutions.

The training action is not finished yet: other teachers coming from three school will be involved in a similar training the next year, including more educational actors and expanding the potential impact on youngsters. The Start the Change Program has been appreciated by all the participants, who praised more the innovative methodologies presented, the approach shared and the tools – a handbook and up to 40 worksheets for several activities – which will be used with their students to support their educational action.

In Slovenia, Teachers Ready to Work on Concerning Issues 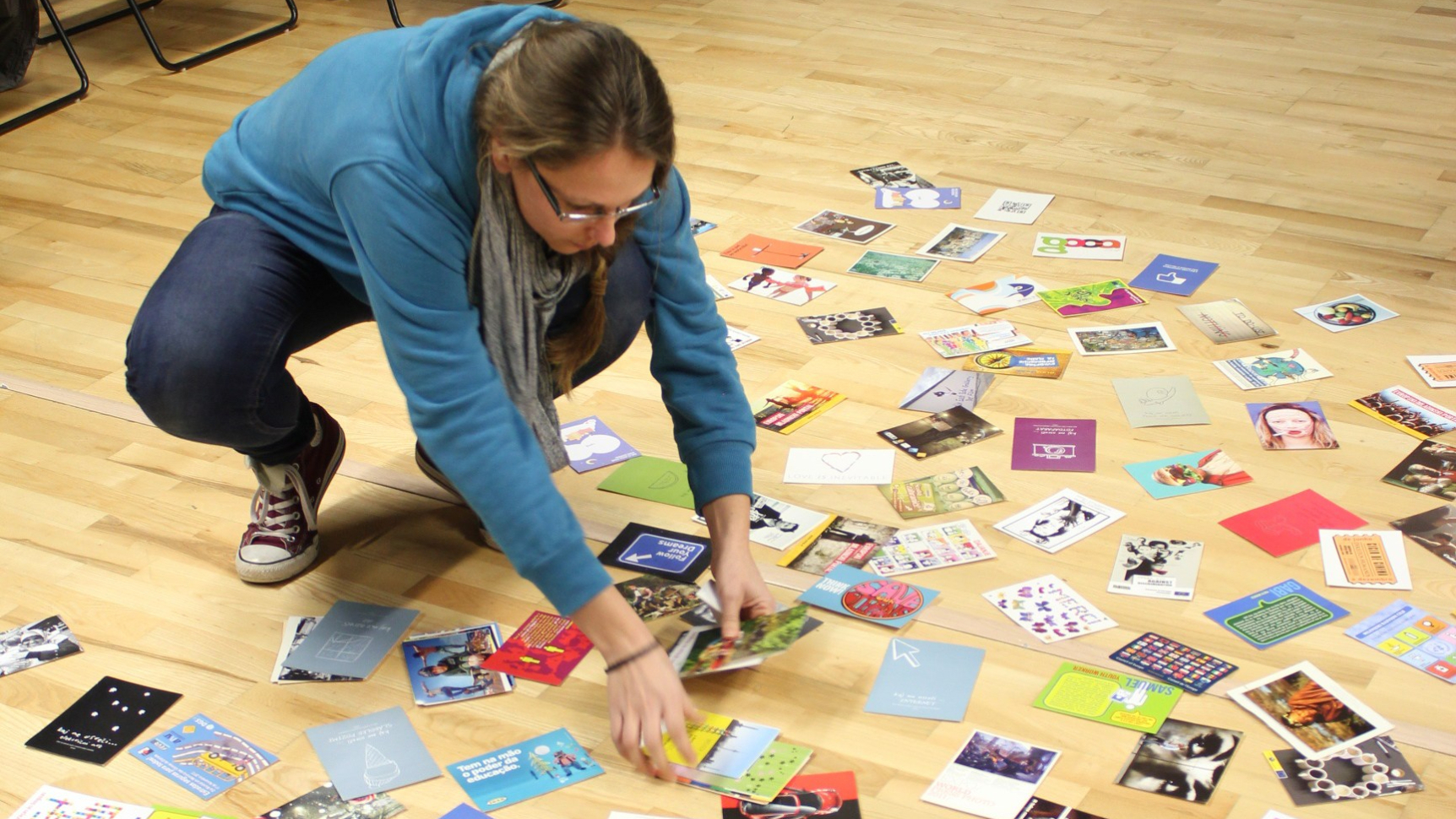 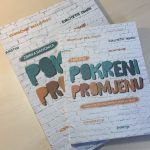 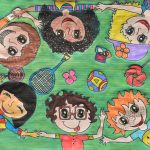 Year 2018: Working with Young People in Promoting their Agency and Voicenews