The final activities at schools within the international project Start the Change, coordinated by Youth Center of Dravinja Valley, from Slovenske Konjice, Slovenia were implemented in June in all ten participating schools.

Here you can read about projects of six schools.

At primary school Ob Dravinji, Slovenske Konjice, the youngsters were dealing with the feeling of exclusion and therefore prepared a workshop about good mutual communication. Participants have learned about the passive and aggressive way of communication and tried it out in various given situations. During the exercise, the youngsters said: “Good communication is important so that there are no conflicts and exclusions within the group.” 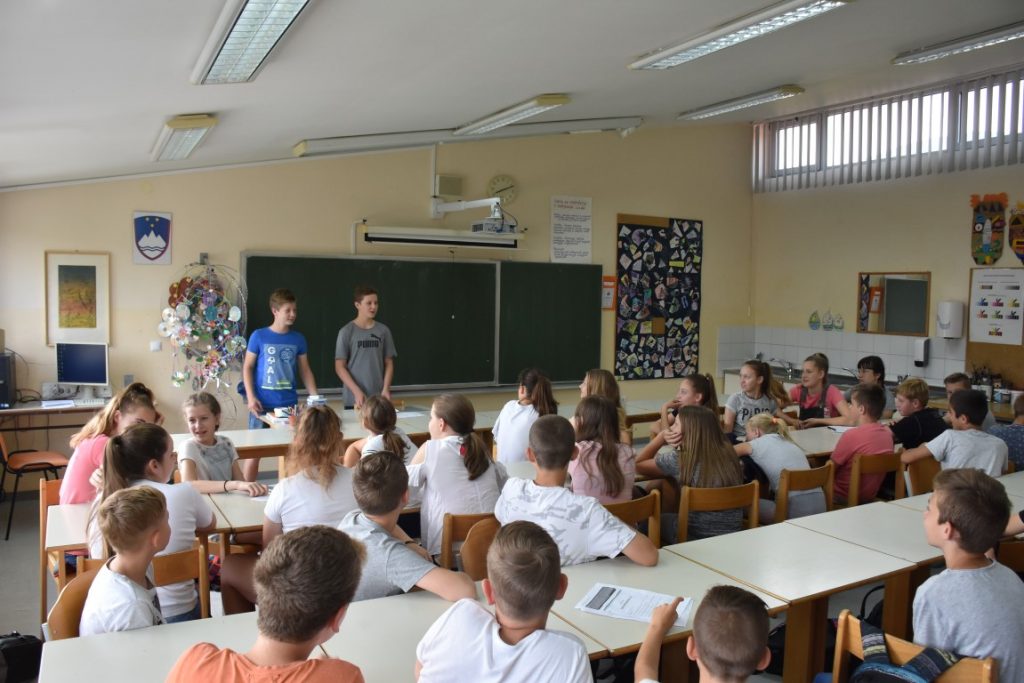 On the basis of the story about discrimination “Flamingo Filip”, written and illustrated by a pupil attending primary school Pohorskega Bataljona Oplotnica, the youngsters prepared a short puppet theatre play. This was followed by a discussion about discrimination. The author of the story told us after the activity: “The making of the picture book took a long time. For one illustration I needed about 8 hours.” 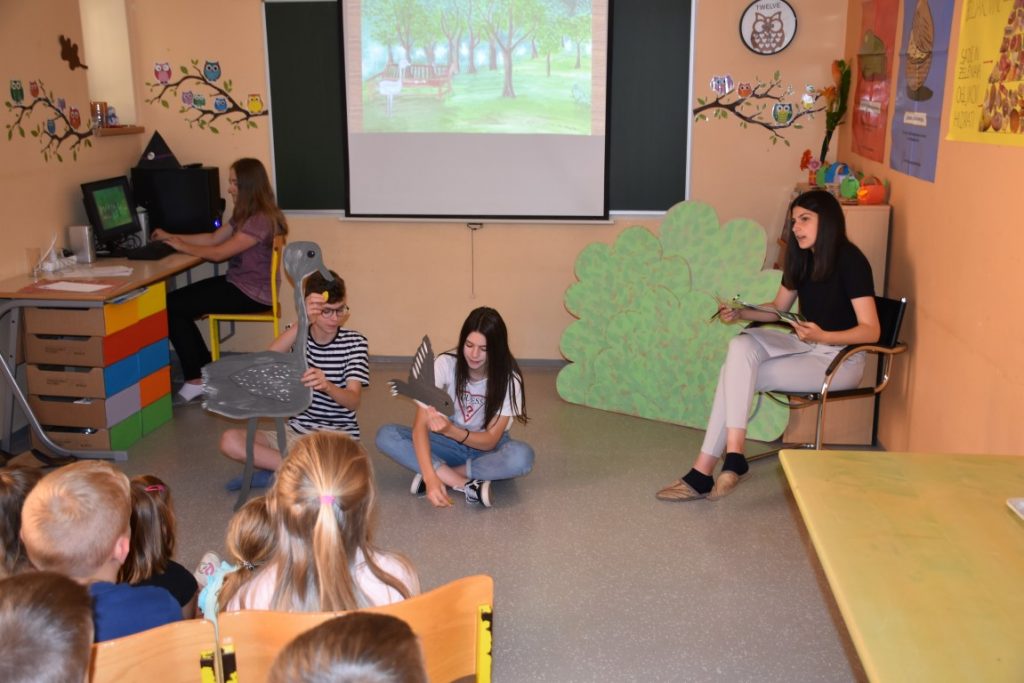 At primary school Pod goro, Slovenske Konjice, youngsters presented several short sketches on the topic of psychological violence and how to deal with it with. Their target group were younger children. At the conclusion one of the children said: “The activity was great. I hope they will organize more workshops about this topic.” 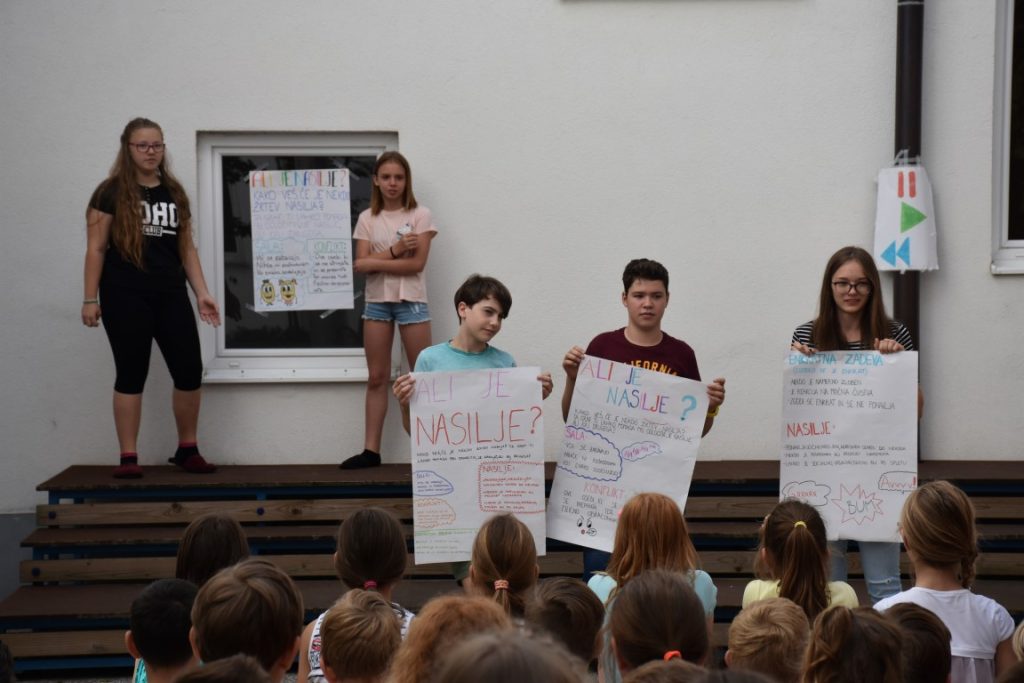 At gymnasium of Slovenske Konjice youngsters are aware of the importance of peer co-operation, which is why throughout the school year they were planning and preparing peer-to-peer tutoring. In June they launched a wide promotion of activities where, among other things, youngsters from school were invited to join in as tutors. Before the promotion action they stated: “We hope that many youngsters will join in as tutors, so we can make it really big next school year. We also hope that other students will seize the opportunity and get help if they need it.” 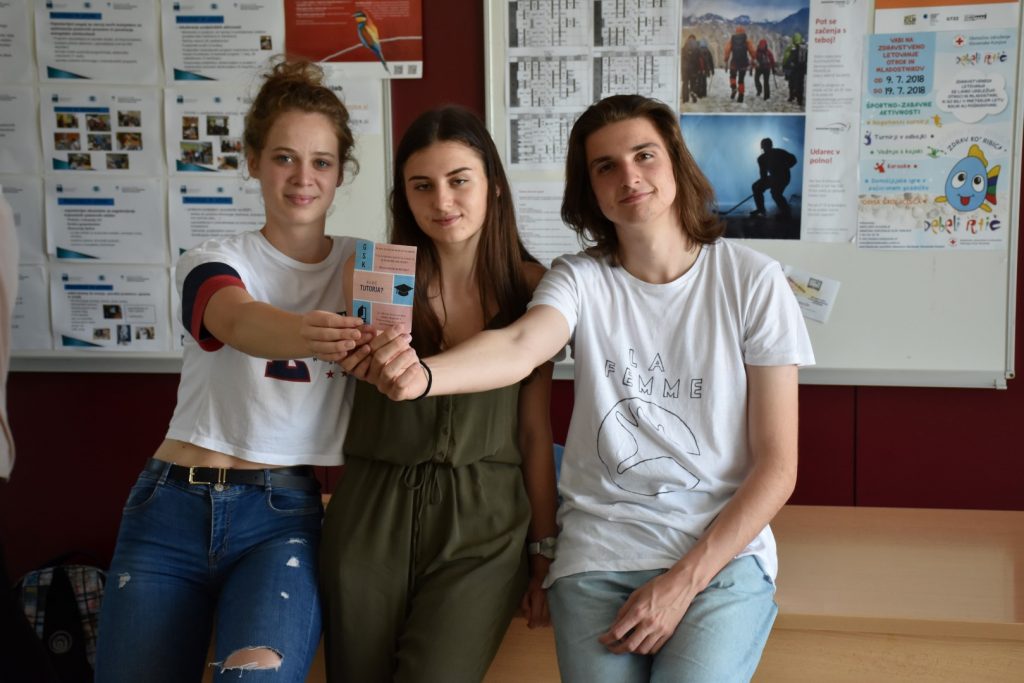 Youngsters at primary school Loče and Vojnik decided to prepare activities for building a positive self-image.

In the primary school Loče the pupils of higher classes prepared workshops through which they sought together with younger pupils for their positive qualities and skills while getting to know themselves and each other better. Through this they tackled one of the challenges of growing up, which they pointed out in the previous school year within the focus group interview. After the activities one of the members of the project team could not hide the excitement: “At the beginning I was nervous. I was afraid that students will not like the workshop we prepared. I am very pleased that our peers found the workshop interesting. 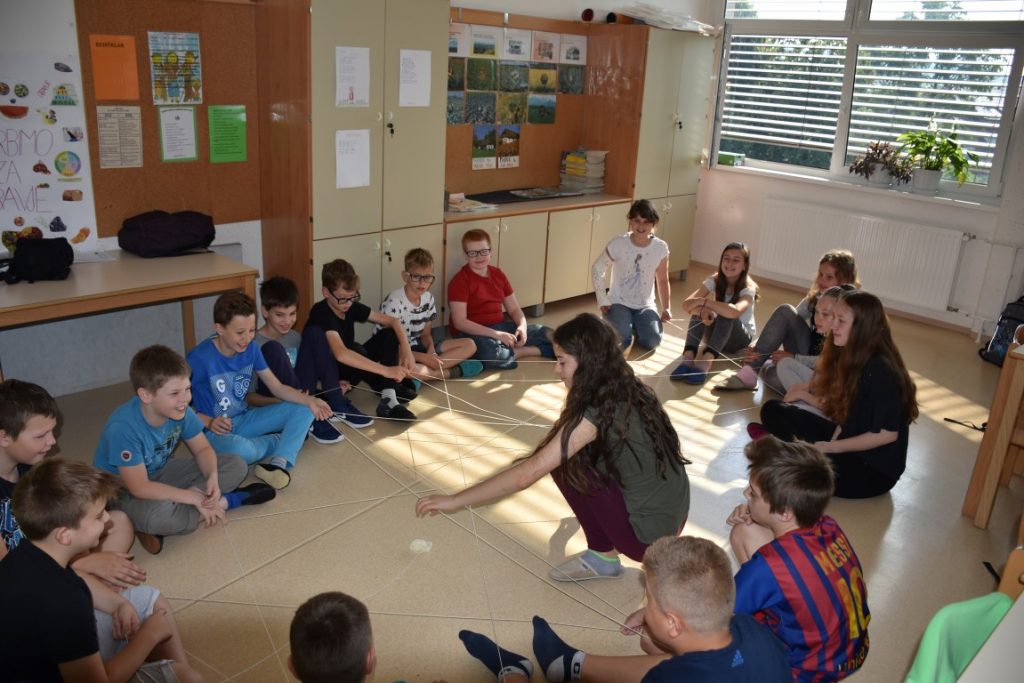 At primary school Vojnik the workshop participants discussed the importance of recognizing positive qualities and skills not only in others but in themselves as well. “The workshop was not easy. It took a lot of effort to get it done. I’m glad we did it,”  said one member of the school project team after the activity. 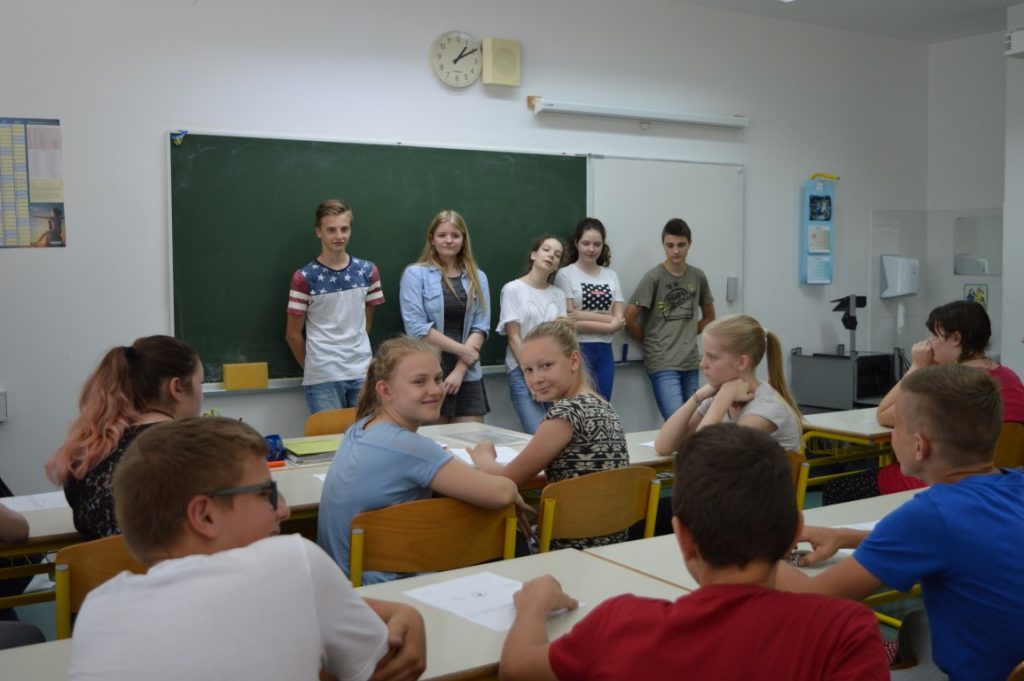 Prepared by and photo: MCDD 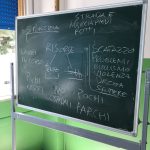 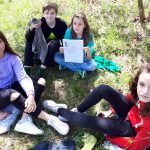